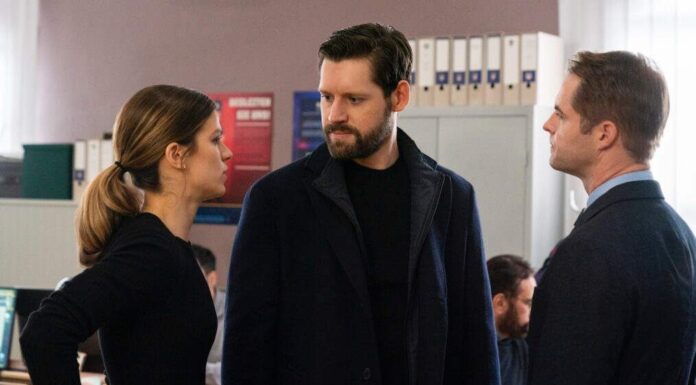 FBI: International Season 2 Episode 11 Recap: A little girl named Katie Marsh was kidnapped. To rescue the American girl, the Fly Team must act quickly. However, Forrester knows that he is in his final days at the helm of the FBI’s International Fly Team. Will Dandridge let him keep his job, or will he be fired? We knew how the episode would end regarding the transfer of Special Agent Scott Forrester (Luke Kleintank), but we still loved watching it all unfold. For a detailed explanation of everything that happened in FBI: International Season 2 Episode 11 Recap continue reading the recap at tvacute.com.

In tonight’s FBI International episode, Forrester made the decision that he would not give up easily. He wasn’t going to take the transfer at face value. He was going to undertake multiple attempts to combat it, and his entire team supports him in doing so. , Ken Dandridge (Michael Torpey) made an effort to reach the group. Regardless of his feelings, Forrester will be sent to Alabama, he told them. Dandridge misplaced one thing despite being so confident in himself. Forrester excels at his position. If he wasn’t, he wouldn’t have survived this long. He was solely at fault for humiliating his boss, and that was it. He was simply too competent. Dandridge, therefore, sought to get him dismissed so that he could claim credit for “fixing” the squad.

Dandridge was an absurdist. He wasn’t taken seriously by the group. They all wanted Forrester to be successful in maintaining his profession because they believed he made multiple calls that interfered with the task. Even after speaking with Dandridge, they immediately went to Forrester. They demanded to know Forrester’s strategy. He claimed to be requesting favors everywhere he could.  Dandridge is the Fly Team’s least favored member because he intruded on their most recent case by holding an unnecessary news conference and letting the kidnapper get away with the girls. Senator Jenna Preuitt (Lorna Lowe) and Deputy Director John Van Leer (R. Ward Duffy) were impressed by his candor at first. Forrester eventually tracked down and rescued the young women after a drawn-out battle with their kidnapper.

Forrester, with the help of Zoey McKenna (Kelley Missal), the agent Dandridge had placed on the team, discovered that the other man had been keeping up with their moves without their notifying him by issuing an unauthorized wiretap on Forrester’s phone. After McKenna reported him to their superiors, Dandridge was ordered back to Washington.  Not surprisingly, Forrester will be remaining with the Fly Team, and Dandridge was en route to a personal meeting with the OPR.  On the contrary, McKenna was leaving the field for an office job. Before she went, she grabbed drinks with the rest of the staff and discussed her ascent up the corporate ladder.

Forrester “definitely” feels quite secure about his future job security now that he knows he won’t be leaving. Dandridge will remove from his position, the FBI directorship could one day belong to him Those who are curious about the love chemistry between Forrester and Special Agent Jamie Kellett (Heida Reed) may rest assured that “Scott and Jamie will always have an unspoken spark between them, but it’s up to the writers whether that flame continues to burn.”