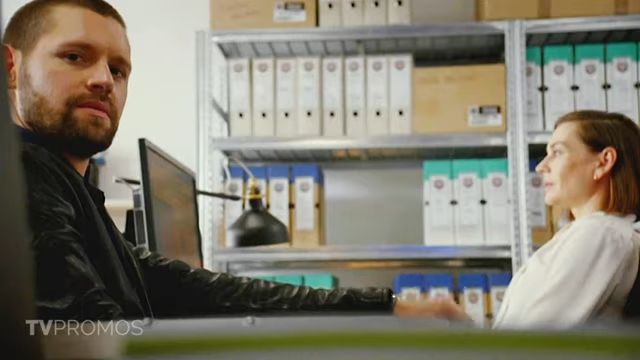 In the previous episode of FBI: International, An American embassy in Madrid was attacked. After this episode, the show went on a break. Fans of the FBI are looking forward to seeing what happens next for this team, their FBI job, and their personal relationships. Below is the synopsis and trailer from www.tvacute.com for FBI International Season 1 Episode 5 titled “The Soul of Chess.” As a result, you can psychologically prepare for the next episode.

In the new episode, a celebrity dies. A street-side American journalist is poisoned. Everyone is there, but no one knows who did it. Someone desired an international situation. The Fly Team must investigate. We’ll see Scott and Jamie more. Scott will be overprotective of his girlfriend. He’ll be overprotective because this is her first case back in the field after getting shot. He does love her. But she won’t be pleased.

FBI: International Episode 5 Synopsis: The team investigates an American journalist’s death by poison after his attempt to meet with an anonymous source in Poland; Kellett takes Forrester to task for being overprotective with her during the mission.

FBI: International Season 1 Episode 5 will air on CBS on November 2, 2021, at (9:00-10:00 PM, ET/PT) The show will air on CBS and will be streamed live and on-demand on CBS app as well as on Paramount+. The first season is available on Amazon Prime Video. The episode was written by Matt Olmstead and directed by Deborah Kampmeier.

An American embassy in Madrid was attacked. But he had blood on his hands. They awoke together. She was eager to return to work after her medical clearance. Forrester had to bench her for the desk, which she angrily denied. Kellet arrived at a festively adorned office, but they had to go to work on the next case. Drew Edmonson, a college student, found Rafael Delgado dead in his flat. But the Fly Team went to Spain without Kellet. The Fly Team met the bosses. Ambassador Gary Berger, who was primarily concerned about his planned reception. Emma Healy, his aide, aided the Feds. And Inspector Mateo Diaz, who seemed to have already ruled Drew out. Drew told the International team a startling account of his ordeal. He said he saw the suspect stroll past him on his way to Rafael’s. Drew tried to help Rafael after he was stabbed in the chest. Fearful of being targeted due to his citizenship and sexual orientation, he fled to the adjacent US Embassy. Rafael also has a prominent family. Drew desired fair treatment.

With Forrester’s full cooperation, he would be treated fairly. Anxious to interview his suspect, Diaz managed to pull some strings. Drew wanted to freely surrender to Madridian police, Forrester learned. Drew was afraid and wouldn’t make that decision on his own, so Forrester was enraged… Thiago Delgado, Rafael’s brother, was targeted by Forrester and Europol Agent Katrin Jaeger. Thiago told them he had doubts about his brother’s sexual orientation and that he was a big-company accountant. Prior to his death, Kellet discovered Rafael had stolen from his company. Drew had signed an account, she discovered. The man had lied to Forrester. When the Fly Team re-interviewed Drew, he denied having a bank account. He just signed documentation for Rafael’s US visa. Drew begged Forrester and Forrester to get him out of Madridian captivity. Sadly, they couldn’t.

Then Rafael’s mother scolded Forrester for protecting her son’s killer. That shop next door’s security feed proved Drew had an alibi when Rafael was slain. Jäger drew Forrester aside and told him the American federal agents had to leave.  Forrester was enraged after Kellet discovered Rafael’s account had been emptied within hours. They have a Pedro Muoz security photo. So did Forrester. He stymied the bureaucrat and persuaded him to let them stay and Forrester alerted Diaz, and the authorities teamed forces to capture Muoz. They pursued him as he fled. Agent Vo captured him just in time. When Forrester and Diaz confronted him, he admitted to extorting money from Rafael. He used his homosexuality to get richer. But Rafael had already told his family and was no longer ashamed. Also, the man killed by Muoz couldn’t get any more! Drew expressed regret at having met Rafael and being extorted from his sexuality. Rafiq’s brother praised Drew for inspiring Rafael to live his genuine life. The Fly Team was invited to the Ambassador’s fancy ball. Although Raines and Vo had a difficult start, their bond grew…