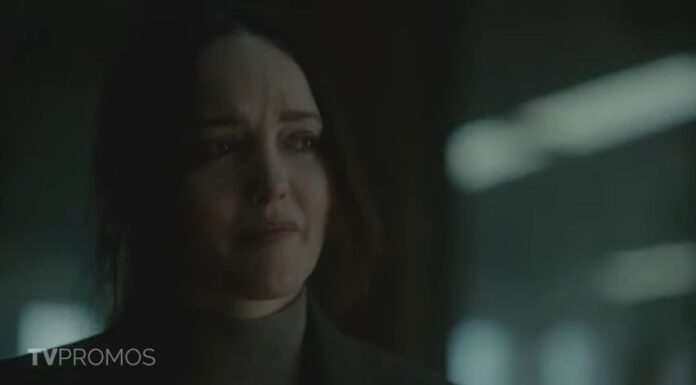 Are you excited to know the next new episode of Clarice Season 1? It has reached on its peak. Clarice ‘s next new episode 12, titled “Father Time”, is going to be very intersting as there is only one week left after this episode. Will the VICAP be able to uncover the truth about the murders? Another unknown threat of Clarice (Rebecca Breeds) is rising,which will set the stage for the finale.  To know more about what will happen in penultimate episode 12, check out the synopsis and promo below.

Clarice episode 11 Synopsis:  As the team finally gets the green light to raid Alastor Pharmaceuticals, Clarice punches another FBI agent in a moment of rage, then willingly turns in her badge and gun; the rest of the team uncovers the whole truth about the River Murders.

In previous episode 11  Clarice Series: Alastair’s R&D wing is shut down. Clarice wants to face Hudlin alone but Esquivel and Tripathi accompany her. At the meeting, She mentions the merger and threatens to sue Hudlin. A security guard captures Julia (Jen Richards) while she searches for smoke-gun Reprisol records and faxes them to VICAP. Clarice spied on the fake cop Mike Diaz, who along with Hudlin helped kill Wellig. She believes that Hagen, not Hudlin, is behind the murders. Hagen (Peter McRobbie) threatens Katherine, who will expose Katherine if Ruth doesn’t stop the investigation.