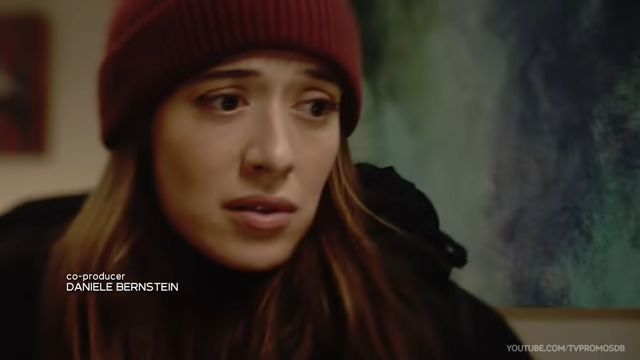 In the last episode 14 of Chicago PD, Kim Burgess (Marina Squerciati) and Adam Ruzek (John Flueger) fought for custody of Makayla. Reminding Burgess of her daughter made her fight harder in court. But when she and Ruzek returned home, they realized the nanny had been attacked and Makayla was disappeared. . Continue reading the recap below.  Fans are eagerly awaiting the next episode. As for the 15th, when will it be released? What are your expectations for Chicago PD season 9 episode 15?  On www.tvacute.com, we have discussed it.

The title of the upcoming episode is “Gone,” and it’s enough to make us fearful that something truly dreadful is about to happen for the time being. The main focus of the new episode 15 will be on one of the team members who are in grave danger! That’s correct, fellas. Someone from the Chicago Police Department is going to find themselves in a perilous situation at some point! This tragic situation would undoubtedly motivate the rest of the group to take drastic measures in order to locate this stranded teammate.

Chicago PD Episode 9.15 Synopsis: The unit scrambles to search for one of their own who is in grave danger.

Will the crew be able to locate this critically endangered member before it’s too late? That’s the big question we’ll be hoping for an answer to before the hour runs out next week. Whatever the situation may be, it appears like this episode will contain a significant amount of drama and suspense at some point. Mostly, NBC series rarely kill off key characters in the middle of March. this is the time for a finale, and the formula only varies when an actor wants to leave the program.

Chicago PD Season 9 Episode 14 will air on Wednesday, March 9, 2022, at 10 p.m. EST On NBC. If you prefer live television, the episode will be available on Peacock TV, YouTube TV, Sling TV, Hulu+, and Fubo TV. The episode will also be available on Google Play Movies & TV, Vudu, and Amazon Prime Video on demand.

Kim Burgess (Marina Squerciati) and Adam Ruzek (John Flueger) fought for custody of Makayla in the new episode of Chicago P.D. They were also cops, which didn’t sit well with the judge at their custody hearing. They had to justify every action they performed with the child, and they still risked losing custody because they weren’t related by blood. It was a fight for Makayla. It may have been resolved if her uncle had addressed Burgess and Ruzek. Instead, they may have consented to visitation. Only Theo Morris refused. His wealthy wife wanted exclusive custody. It was their right. Makayla’s biological father was serving a life sentence in jail. The judge had to play Solomon since two decent families wanted her. Professionally, Burgess and Ruzek started working on a gang killing and ended up looking for a serial killer. Soon after, the second body fell. Seizing victims and writing phrases in their blood on a nearby wall. It was a spy. They started seeking their killer and it took a few days. Meanwhile, Makayla had a vision of braiding her hair as she saw in a picture. Burgess attempted to replicate the hairstyle in the photo.  It failed. Call Atwater. He knew someone who could do the hair, so they came to his apartment. She discussed it with Atwater. He assured her that Makayla adores her and that this would never change.

The serial killer case took an unexpected turn. The crimes appeared to be linked to a cult led by Micah Thurman, who targets poor and vulnerable women. Dan told the crew about it. In search of Dan’s sister, He believes she returned to her cult. He notified the cops about the cult when his car was seen near a crime scene. They located Jackie’s sister. They followed the automobile and saw her enter a business. They took her into custody and interrogated her, and the woman was utterly duped. Jackie says Micah made her fearless. She said she was now in his family. She even tried to persuade Burgess to join this family, but he refused. Burgess later learned that Theo and his lawyers were after her medical records.  Burgess knew she would lose custody. She felt she had a job, so she tried to reach Jackie. She revealed what all three victims had in common with Jackie. They had all enraged Micah. One denied him a second mortgage, another provided him an unfavorable loan, and the third was a creditor. A threat against the family was made by Micah. He persuaded Jackie to drive around Jenny, and Jackie never went into the houses or saw the crimes. Burgess got Jackie. They put a wire on Jackie and urged her to return to Micah since she had convinced the other woman that Micah was a villain. They wanted him to confess to the murders on camera. The scheme failed. Micah was fleeing as the officers burst through the door, tipped off by Jackie. They got Jenny. Finally, Burgess killed Micah with a gun she obtained from Makayla. Reminding Burgess of her daughter made her fight harder in court. But when she and Ruzek returned home, they realized the nanny had been attacked and Makayla was disappeared.