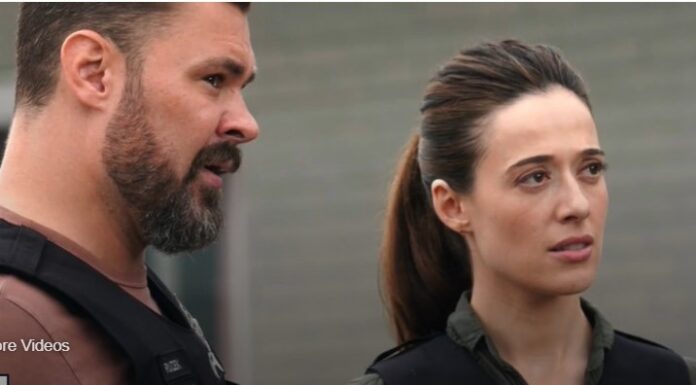 Chicago PD Season 10 Episode 1 gave us some insight into how Voight is feeling after losing Anna (Carmela Zumbado), and the possibility that Voight, Halstead, and Hailey can resolve some of the problems hanging over them. The squad, which included Torres as a new member, eventually brought the culprits to justice, but not without conflict. Even after Voight clarifies that he accepts full responsibility for Anna’s death and doesn’t place blame on her, Hailey Upton Halstead (Tracy Spiridakos) is still dealing with the fallout from the season finale in her role as the person who killed Anna.(Read full the recap below.)  Fans are eagerly awaiting the season finale episode. What are your expectations for Chicago PD season 10 episode 2?  On www.tvacute.com, we have discussed it.

Chicago PD Season 10 Episode 3 “A Good Man” Is this the time that Halstead will leave?

“The Real You” is the title of the new episode. it will most likely center in part on Hank Voight’s efforts to choose the best path for him to take going ahead. We anticipate seeing that change in Episode 2 given where Episode 1 left off, with the new chief telling Voight to hire Torres. Torres was a PPO on loan to the Intelligence Unit in this episode, although he isn’t yet a member of the squad. It appears like Torres will take Jesse Lee Soffer’s place on the unit as he will be leaving the show when Season 10 ends. We anticipate significant conflict between Hailey and Jay as well. Despite the fact that the two claimed to be getting along well at the end of Episode 1, this appears to be far from the case.  While Jay Halstead is unhappy with Det. Hailey for going rogue, she is angry with Jay for listening to Voight so much and wanting to help him. It doesn’t seem like the pair will have a happy ending, and divorce may be in their future, especially in light of Soffer’s aforementioned departure. We’d much rather have him break up with Hailey as his exit than die, although many fans would also take a major hit if that happened.

On the other hand, It is great that we are going to get to spend time with Kim Burgess (Marina Squerciati) and Ruzek (Patrick Flueger) in this episode, especially considering that we did not get very much of either of them in the pilot episode. It goes without saying that the show continues to place a significant emphasis on their connection. We hope that these two can overcome the obstacles that are currently in their path, but we are well aware that there may be many more problems on the road. The showrunner, Gwen Sigan, recently revealed to TVLine that Episode 2 of Season 10 will be centred around #Burzek and will address the subject of whether or not they will move in together, what that would look like, and how it will impact their family situation with Makayla. Check out the promo and the synopsis below

Chicago PD Episode 10.02 Synopsis:  When a convicted murderer hijacks a prison van, the team scrambles to find him and the abducted prison guard before it’s too late; Burgess questions Ruzek’s motives in a case, creating tension between the two.

Chicago PD Season 10 Episode 1 will air on Wednesday, September 28, 2022, at 10 p.m. EST On NBC. It airs every Wednesday at 10 p.m. ET on Citytv in Canada, and it is broadcast on Sky in the United Kingdom. If you prefer live television, the episode will be available on Peacock TV, YouTube TV, Sling TV, Hulu+, and Fubo TV. The episode will also be available on Google Play Movies & TV, Vudu, and Amazon Prime Video on demand.

The episode begins two weeks after the wild events of the Season 9 finale, in which the Intelligence Unit brought down the infamous Los Temidos gang, which was in charge of a significant portion of the city’s drug trade as well as other heinous crimes. Voight vowed to ensure that Anna didn’t die in vain by striving to stop any new gangs from forming in the place of Los Temidos while he was still in mourning over her passing. his chief investigator Anna Avalos’s passing (Carmela Zumbado). Even though he wasn’t the one to fire the shot, he feels guilty for not keeping his vow to protect her. Because of his obsession with that neighborhood, Intelligence took on a new narcotics case involving the overdose death of a young kid.

When Voight returns to the streets, he discovers a comatose youngster who overdosed after ingesting tainted strawberries by accident lying on the concrete. And once the youngster passes away, Voight, who is now furious, instructs the crew to find the town’s newest dealers as soon as possible. When Halstead enlists his assistance in their search for Enzo, the new drug lord, he makes his series-regular debut. The squad, which included Dante Torres (Benjamin Levy Aguilar) as a new member, eventually brought the culprits to justice, but not without conflict. Voight hasn’t been himself recently, and Upton has been doubting his judgment throughout the case. Voight is not a person who likes to be babysat, and Halstead also looked upon him. Voight informed Upton and Halstead that he is well and that he does not hold Upton responsible for Anna’s passing during a private conversation. Then he emphasized that they must put an end to the strange tension that is developing between the three of them in order for them to continue working together.