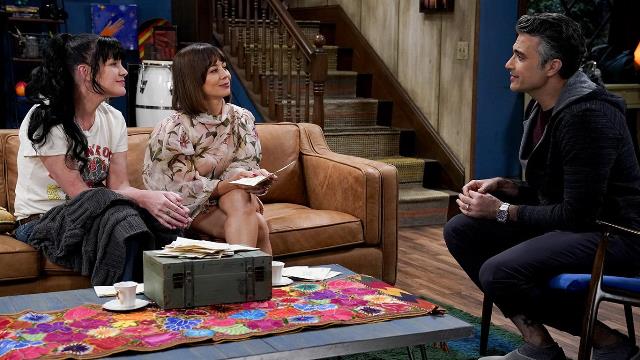 CBS has revealed out some photos, the release date and the new title of its new series Broke episode 4 which is directed by Victor Gonzalez and written by Al Madrigal.

– Jackie and Elizabeth are scandalized when they find their mom’s secret love letters that suggest she had an affair. Also, Javier takes an unexpected job as a painter.

CHEAT TWEET: Jackie & Elizabeth are shocked when they find a box of their mom’s secret love letters that suggest she had an affair on an all-new #BROKE 4/23 9:30pmET/PT! @jaimecamil @PauleyP @natashaleggero @TheIzzyDiaz @antoniocorbo https://bit.ly/2JAM4Kf