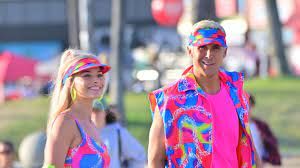 Wanna you watch a movie version of the most famous doll in the world? The legendary Barbie, who debuted in 1959, will soon star in her own live-action film. Although it won’t be the first toy to be turned into a movie, the next Barbie film has the potential to be something truly remarkable. The cast of Barbie is amazing, and the film is being directed by a respected industry veteran; while we don’t know much about the plot at this point, everything (tvacute.com) we have heard thus far suggests it might be really bonkers. Listed below are all of the facts about Barbie.

Ryan Gosling will play Barbie’s lover, Ken, and Margot Robbie will play the title role. America Ferrera, Kate McKinnon, and Hari Nef are three additional renowned actors. The most intriguing development is that Sex Education’s Emma Mackey has agreed to work with Netflix co-star Ncuti Gatwa in an unspecified capacity. Rumors suggest that the Robbie lookalike may be portraying one of Barbie’s three younger sisters, Skipper, Chelsea, or Stacie.

What’s the movie about Barbie’s storyline?

A Barbie doll living in Barbieland is forced to leave because of her perceived flaws. She embarks on an adventure in the outside world and learns along the way that true beauty can only be found within. If that sounds terribly overused, it’s important to note that feminist master Greta Gerwig  is writing and directing the film, with help from her boyfriend Noah Baumbach.

What date will the Barbie movie debut?

At CinemaCon 2022 in Las Vegas, Warner Bros. Pictures announced that the movie will be released in theaters on July 21, 2023.

It is abundantly evident from the release of the first teaser trailer for Barbie, starring Margot Robbie and Ryan Gosling, this little preview does have Dream Homes, sports vehicles, and Ken dolls. The flying doll smash made into a logo, or the young girl destroying her toys with her outdated doll is all examples of this. It’s all so incredibly strange and hilarious. We question whether the initial portion of the trailer was specifically shot for this teaser or whether any of it appears in the film. because the movie’s second half is clearly from the trailer. It’s also as colorful, popsicle-shaped, and pink as you’d anticipate from a Barbie movie.