Are you ready for Manifest Season 3 Episode 9? Watch Preview of “Bogey” 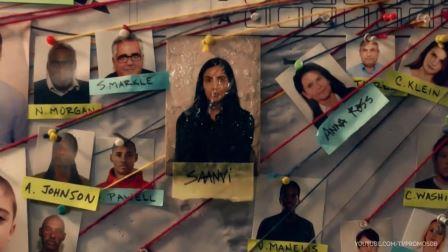 In the previous episodes 7&8, Pete, Jess, and Corey are dead and Dr. Gupta tells Ben and Sanvi to leave the project. Egan kidnaps Ben. Sanvi examines a wood that is over six thousand years old. Jared is a romance between Sarah Fitz. One of the best supernatural dramas, Manifest is set for its next stop, which is going to air tonight, Episode 9 titled “Bogey”, Ben poses another threat in front of him. Jared’s romance will continue. To know more about Manifest Season 3 Episode 9, Check out the preview and synopsis.

Synopsis: Ben reunites with a duplicitous foe. Mick and Zeke’s dinner party with Jared and his new girlfriend is halted by a calling that ignites the Stone siblings to save the life of one of their own. Olive’s friendship with Levi blossoms but is tested.

Watch the promo below.

Manifest Season 3 Episode 9 will discharge on (May 13, 2021) at 8/7c on NBC. This season has a total of 13 episodes. And that means, there are only 4 episodes left of this season.  stream option to watch Manifest Episodes such as  Appletv, Prime Video, and direct tv.