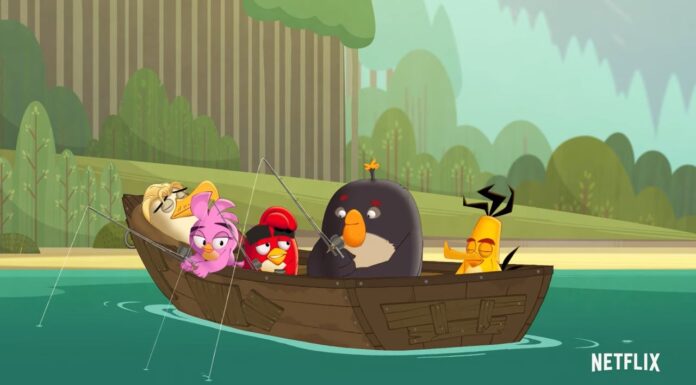 We watched the birds leap wherever they pleased, rock through the trees, and cope with the obnoxious camp bully, Neiderflyer, throughout the course of 16 exquisitely illustrated episodes. The birds are back for more episodes of summertime fun at camp! Watch Red, Chuck, Bomb, and Stella start the summer off by creating lifelong memories!

Netflix will release sixteen brand-new episodes of summer camp fun. On June 24, 2022, Season 2 will be made available.

The Angry Birds characters are shown in Angry Birds Summer Madness during a tremendously exciting (and frequently embarrassing) period of their lives: their early adolescence. It was crucial to do it right because this was the first time in Angry Birds history that the birds were shown at this age.

The co-developer and series producer of the show, Robert Doherty, who serves as SVP of Production at CAKE, provides some insight into the process of character creation: “CAKE worked closely with the design team at Rovio to produce core character designs, which were then handed over to the art department at Yowza Animation and adapted into character builds that would work for the animation pipeline. The show’s appearance and feel were maintained on brand because CAKE and Rovio were actively involved throughout the design process.