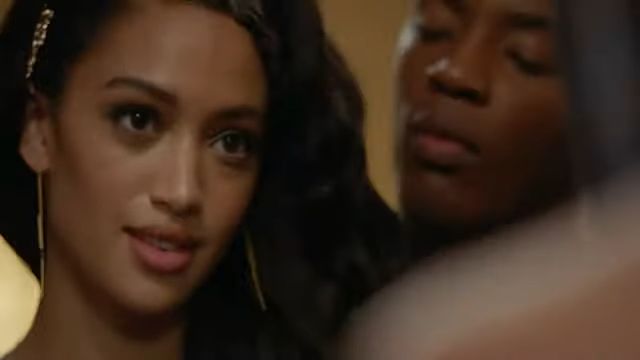 The CW’s All American: Homecoming All American Season 3 Episode 17 was an episode worth watching. Around Simone (guest star Geffri Maya), this spinoff is based on the fictional Bringston University, an HBCU in Atlanta where Simone’s Aunt Amara (guest star Kelly Jenrette), a reporter, and professor of journalism, lives. In which the academic scandal was hidden on the baseball team. MLB is Spencer’s mom’s dream. A big announcement from Damon (guest star Peyton Smith), that he will not move to MLB next year and that the assistant coach will be the new head coach. Simone tells Damon that she is married. As we know, Spencer  (Daniel Ezra)  tries to apologize to Layla but she doesn’t want to listen. Their relationship may have ended. But in the future, their relationship may emerge as a friend. For the time being, we leave it to the premiere of the spinoff series on what Simone’s future might look like.

Apart from this, it will be interesting to see how the stories of the hot young man will be covered in such a short span of time. Because All American Season 3 is coming to an end. Stay tuned for a new episode 18 titled (“Int’l Players Anthem (I Choose You)”) of All American next week, which will lead the penultimate episode. It features future plotting characters, how the football team is headed in the right direction, with an emphasis on “recovery and romance”, and how to forget Spencer and Olivia (Samantha Logan) when it comes to romance. Fans are looking forward to enjoying Spelivia‘s moments. Is Spencer Happy With His Mom Dating Carter? Will he be able to put aside his personal feelings for the sake of his mother? you can take a glimpse of its synopsis and promo with https://www.tvacute.com below, which will enable you to understand the episode better.

All American Season 3.18 Synopsis: “Int’l Players Anthem (I Choose You)”   – ALL YOU NEED IS LOVE – With Jordan and Simone’s big day quickly approaching they start to envision what their new future will look like with the help of Billy and Laura. Spencer and Billy both realize how much pressure the football team is feeling but to their surprise they may have a new ally. Jordan helps Olivia see what has been holding her back making her look at how to balance recovery and romance. Meanwhile, Layla and Coop both find out secrets that help to explain what has been really going on. Kristin Windell directed the episode written by Robert D. Doty.

All American Season 3 Episode 18 will release on Monday, July 12 at 8:00 p.m. ET on The CW. After this, there is one episode left for this season. Apart from this, new season 4 is also coming. You can also stream the show on live TV and VOD platforms such as YouTube TV, DirecTV, iTunes, Xfinity, Hulu LiveTV, Fubo TV, Spectrum, Google Play,  Microsoft Store, and Amazon Prime Video. Netflix users can also watch previous seasons.