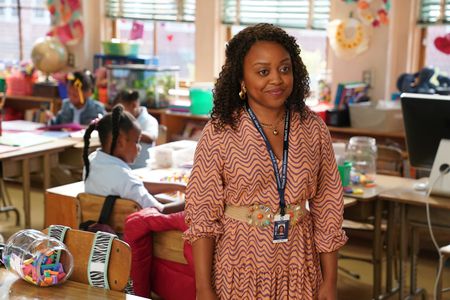 If you haven’t watched ABC’s Abbott Elementary yet, you must be living in a cave. Quinta Brunson’s creative mind has created a humorous workplace comedy set in a public school in the heart of inner-city Philadelphia. The first season of Abbott Elementary has barely shown three episodes, but fans are already hooked. Brunson, Janelle James, Lee Ralph, James Williams, Lisa Ann Walter, Chris Perfetti, and William Stanford Davis star in the new series, which premiered on ABC on December 7.

All of whom know how to pack a punch in every scene. The show has gotten so much praise that fans are clamoring on social media for it to be renewed for several more seasons. Abbott Elementary on ABC is a show you should add to your list of must-see television shows.

The fourth episode, called “New Tech,” airs tonight. It was written by Brian Rubenstein and directed by Randall Einhorn. Read the synopsis below.

When a new computer program is introduced at Abbott, Janine is excited to finally help Barbara out with something. However, Barbara is reluctant to accept change and finds herself in a tricky situation when she decides to lie about her students’ results rather than admit defeat. Elsewhere, Melissa surprises Jacob when she offers up a friend to assist with his lesson on unions, but she ends up teaching Jacob an important lesson herself.

We have an exclusive look at what to expect from the comedic sitcom. In the video, Abbott “HBIC” Principal Ava (played by comedian Janelle James) introduces a new computer application to the grade school teachers, but it receives mixed reviews.

Abbott Elementary is a lot like The Office and Parks and Recreation, but it also has a lot of things that have worked for years in other fun, smart, and popular sitcoms. This TV show is heartwarming and makes people excited for the show’s future.

Abbott Elementary Episode 4 will release on TUESDAY, JAN. 18 at 9:00-9:30 p.m. EST, on ABC. Watch episodes on demand and on Hulu the day following their premieres.