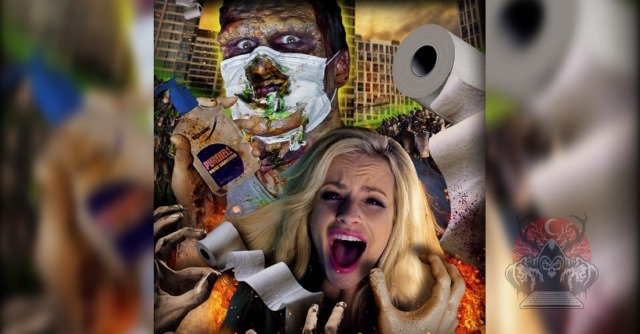 Part irreverent satire, part gonzo Italian zombie movie remix, all Full Moon mania, CORONA ZOMBIES takes aim at the madness surrounding the crazy times we’re all living in and delivers the funniest – and most controversial – exploitation movie of the year!

PLOT: A government asleep at the wheel! The wealthy shrugging it off! A global toilet paper famine! And a virus that causes its victims to get up and kill! The people they kill…get up and kill!

When and Where is available Corona Zombies 2020 Movie?

Corona Zombies will be available on-demand on April 10, 2020. Starting April 9th through April 12th, Full Moon is offering – for a limited time – a full ONE MONTH subscription to Full Moon Features channel and App for the super-low introductory cost of only $2.37! Available on Roku, Apple TV, Google Play & Xbox.

HOW FULL MOON MADE THE FILM CORONA ZOMBIES IN ONE MONTH!