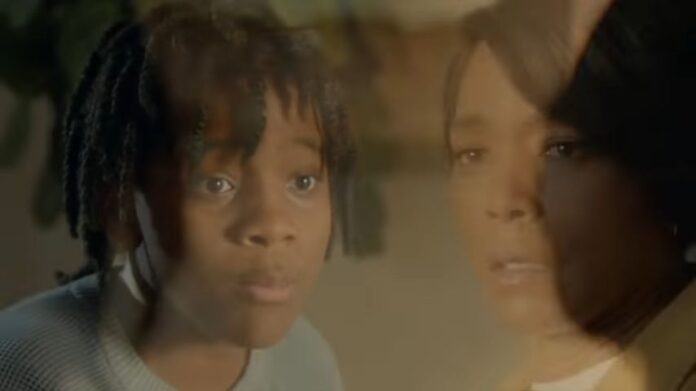 On Monday’s 9-1-1, Maddie was absent, as Chimney tried to comprehend why his child’s mother would suddenly abandon them both. Chimney left to find Maddie, promising Hen he would return when his mission was completed.We might see Chimney disappear for a few episodes. Check out the recap for more details. Find out more about 911 Season 5 Episode 5 “Peer Pressure” (www.tvacute.com), including the trailer, release date, and photos.

The 118 crew will rescue the life of a groundskeeper who was injured by a chainsaw. Athena will have a heated exchange with Harry in this episode. Hen, Eddie, Buck, and Ravi have formed new alliances, which aren’t doing so well right now. May will have a lot of intense stuff going on in this episode, as she will wind up dealing with a suicidal teen over the phone. Claudette will also continue to be a challenging coworker for her.

911 Episode 505 Synopsis: The members of the 118 face an awkward rescue call when they arrive on the scene of a man who has over-exerted himself exercising. The team also must save the life of a groundskeeper whose chainsaw cut into him and race to an explosion at a retirement community. Meanwhile, Athena has an extreme reaction to Harry’s new behavior. Then, Hen and Eddie, as well as Buck and Ravi, have rocky starts to their new partnerships, and May receives an emergency call from a suicidal teen while continuing her uneasy work relationship with Claudette.

Vanessa Estelle Williams will play Claudette Collins, a tough 9-1-1 veteran. Vanessa is renowned for her roles in Candyman, Melrose Place, and Showtime’s thriller Soul Food. With years of experience, Claudette isn’t afraid to express her control and speak her opinion, even if it offends others. So, let’s see where does Claudette fit in.

Chimney and Maddie are leaving the show 911???

Claudette will be at the main Los Angeles station to teach some of the rookies, including Corinne Massiah’s May Grant. Claudette is not replacing anyone, as reported. However, due to Jennifer Love Hewitt’s maternity leave in September 2021, some narrative tweaking was required. Maddie Buckley, a call center operator who has been suffering from postpartum depression since Season 4, made a huge decision last week. Maddie decided she needed serious therapy for her mental health and left her husband, Howie “Chimney” Han (Kenneth Choi), and their new baby behind. Maddie left the baby at the firehouse with a video message for Chimney asking him not to look for her. After Jennifer returns from her well-deserved maternity leave, this 9-1-1 subplot will most likely resume up just where it left off. we expect her to return soon. Chimney will either track her down or she will run into him by chance.

After all, at the end of the episode, Chimney (Kenneth Choi) chose to leave Los Angeles. It wasn’t necessarily a final farewell, but it indicated that he was leaving until he could locate Maddie and bring her home. She had taken money out of an ATM in Oxnard the last time he saw her. That’s the only indication he’s got so far. So don’t worry: Chimney and Maddie aren’t going anywhere anytime soon. We might see Chimney disappear for a few episodes. The show may try to make you fearful, but there are still reasons to be optimistic.

911 Season 5 Episode 5 will release on October 18, 2021, at 8:00-9:00 PM ET/PT on Fox. Every Monday, the network will screen new 43-minute episodes of the show. 9-1-1 Season 5 Episode 3 Online Streaming options – You can also watch the season premiere on Fox’s official website or the Fox Now app after it airs on TV. The latest episodes of ‘9-1-1′ are available on Google Play, YouTubeTV, SlingTV, Fubo TV, DirecTV, iTunes, Amazon Prime Video, YouTube, Vudu, Hulu Live TV, Xfinity, and Spectrum.

In tonight’s 9-1-1 episode, Maddie has left. She had perinatal depression. That’s why she left her daughter. Her sudden departure upset her family, especially Chimney. Chimney believes she is being forced to do this and keeps viewing her goodbye video for a sign. With his daughter’s needs more important than ever, he had to give up on Maddie. The 911 dispatcher found a replacement for Maddie who they knew. Claudette Collins (Vanessa Estelle Williams) used to work there but left to go into business. When Josh heard that Maddie wasn’t returning, he called her. She was glad to return to work (call center).

An important emergency call came in. Uncontrollable van crashes into homecoming procession. 118 teams were sent out. They found the driver dead and went to aid others. Two cheerleaders were injured. They found a dead girl and a live girl. They found a teacher pinned under crushed bleachers, unable to move. so the firefighters think he has a spinal injury. While rescuing the imprisoned man, the truck began emitting chemicals, and Nash warned everyone to go! Dispatchers were directed to warn residents to stay indoors. Claudette swiftly shot down May’s guesstimation. May was reminded to follow the script. They can’t guess or reassure. Their job isn’t. May does not need Claudette to explain her profession. It was becoming worse between her and Claudette. The scene with the chlorine tanks was cleaned as they eyed each other. The teacher was brought to the hospital. The cheerleaders’ parents went to the ER. When Hen inquired the girl’s name, she kept repeating McKayla, so Hen assumed it was the cheerleader’s name.

In fact, the girl was trying to enquire about her best friend when she said her best friend’s name. So the parents got different news. It was explained to the parents of the deceased cheerleader that their daughter was living, and vice versa. When the parents went to identify their daughter, they realized it wasn’t their child. This saddened the actual McKayla’s parents. Eddie and Hen were at the hospital and had seen it all. Hen misidentified the victims. She felt obligated to tell McKayla’s parents. The other parents were the only ones who could console them. The families were close. Their girls were like sisters, and everyone would need to help the surviving girl – physically and mentally.

Athena (Angela Bassett) had no idea her son’s kidnapping harmed her health. Athena isn’t at home. In order to reassure her son that he was safe, she relied on her spouse. Bobby tried to console her while May cared for her brother. Harry revealed his parents are now hovering over him. He was upset his father never noticed the man and his mother was the reason it happened. He was enraged because his father was present yet couldn’t stop his kidnapper. He’s enraged at his mother.

It was a nail-biter of a homecoming game. A senior citizen stepped into her antique Cadillac and took a leisurely drive. He swerved around her, turning the bend where the homecoming street barrier stood. He couldn’t stop since his brakes had failed him! He collided with the children! Meanwhile, Chimney learned that Maddie had been monitoring the infant when it nearly drowned, revealing what drove Maddie to flee. Buck also knew. Buck called Maddie. Buck kept it hidden from him for a week, he punched Maddie’s brother in the face. Chimney took off in search of Maddie at the end of the episode, promising Hen that he would return once his task was completed.