During the second week of The Ice Storm in  9-1-1: Lone Star, T.K., who started the hour by saving the little boy from the ice… He concluded it in a hospital bed, facing the possibility of his untimely death. On a more positive note, Paul rescued that teenage girl from the ice castle this week. They focused on things that make them angry to keep awake and warm, an exercise that produced some incredibly powerful feelings from Paul over the 126 being shut down and disbanded.  Let’s take a look at it below to find out the full recap of episode 2. Considering everything we (www.tvacute.com) know about the series so far, For the next episode 2. So we’ve put together this handy guide that answers every question you might have about how to watch 911 Lone Star, whether it’s available for streaming, and more. You can find an exclusive promo for 911: Lone Star Season 3 Episode 3 titled “Shock & Thaw”, as well as a summary here.

When will return 911: Lone Star Season 3 Episode 3? The bad news is that the show is now on hiatus, because of a Monday night NFL playoff game next week, Fox has decided to postpone the premiere of season 3 episode 3 until Monday, January 24. On the other hand, there’s going to be one that puts TK’s ( Ronen Rubinstein) character in grave danger.

A lot of people are worried about what will happen, but hopefully, this isn’t as bad. according to the synopsis, T.K.’s life is in balance. Actually, writers like to keep you on the edge of your seat, only to change things at the last possible moment. People will want TK to stay. They love him, he’s a big part of the story. Meanwhile, Owen is working to save the lives of stranded migrants. and Grace’s water would burst. she is preparing for the birth of her child. 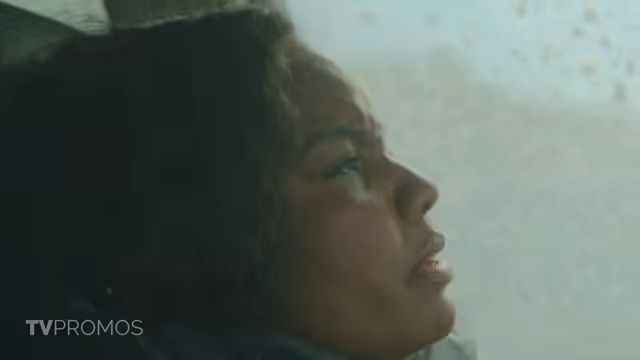 911: Lone Star Episode 303 Synopsis:  As the unexpected arctic cold front and ice storm continues to cause havoc in Austin, Owen works to rescue the lives of the stranded migrants; T.K.’s life hangs in the balance and Grace prepares for the birth of her baby.

Cable TV subscribers can watch ‘9-1-1: Lone Star’ season 3 episode 3 live on Fox at the aforementioned timeslot. You can watch it online with your valid cable provider login credentials after it airs on TV on Fox’s official website or the Fox Now app. The episodes are also shown on cable-free platforms like YouTube TV, FuboTV, and DirecTV, which don’t have a TV set. Subscribers to Hulu can watch the show soon after it airs on the original network. There are also VOD services like Apple TV, iTunes, and Amazon Prime Video that allow you to buy or rent episodes of TV shows.

Little Abe, who suffers from severe asthma, wishes to go outside and play hockey with his buddies during the storm, but his mother, whom he calls, advises him to stay inside. He attempts to stay inside, but the storm knocks out the electricity, so he walks outside to play with his friends. He forgets to bring his inhaler, and by the time he gets outside, everyone has already left. He still skates alone on the rink. When one of the turtles goes across the ice, he falls through it and becomes stuck underneath it. Owen has saved a man who is bleeding profusely from stab wounds. When Sadie comes to see him, she finds up assisting him with the stranger. The man’s wound must be cauterized, and he passes out from the pain. Judd persuades his senior officers to return to the building in order to save Paul. Mateo remains in the shadows of Paul’s rescue. T.K., Tommy, and Nancy are the only available units when Grace receives the call about the kid. They must figure out a way to get to Abe without any equipment.

Sadie delivers her ex-old husband’s HAM radio, which Owen uses to contact 911. When she finds out he’s a firefighter, she’s pleasantly delighted. They return to the church in search of Paul and Lindsay. Paul awakens and attempts to contact the unit, but his comms are inoperable. He locates Lindsay. Lindsay claims to be able to repair his radio. T.K improvises a way to get the kid by crawling on the ice and picking through it. He succeeds, but the ice gives way again, and he falls through. They are able to free them, but when they arrive at the rig, it has fallen down into debris. The youngster must be re-warmed. Judd dials Grace’s number, who gives them directions to Paul’s location.

Lindsay repaired Paul’s radio, and now he can converse with them. Lindsay chastises herself for being the reason they’re stuck since she freezes when under duress. The water main breaks, drenching them. Sadie informs Owen that their mystery man is most likely undocumented and was stabbed by a Coyote. Owen goes out to discover the man who has vanished. ECMO is used on the child, and it works. He’s still alive. An ambo arrives to transport him to the hospital. TK misses the target. Lindsay takes Paul’s coat to keep warm. TK bolted because his hypothermia caused him to believe he felt hot, which implies he’s on the verge of dying. They discover him naked and speaking Hebrew. They try to resuscitate him when he passes out. Lindsay makes Paul talk to keep him alive as he begins to drift away. He expresses his admiration for his teammates. They finally succeed in rescuing him and Lindsay. Before heading to the hospital, Judd stops by the call center to deliver Grace her favorite tea and other necessities. She inquires about Marjan, but he has yet to hear from her.

Marjan gets out of her automobile after waking up in it. Owen continues his search for Amigo and trips over a branch, collapsing. Outside TK’s hospital room, Nancy and Tommy are nervously waiting. Carlos was rushed to the hospital by Nancy. Abe’s mother expresses gratitude for their assistance. Carlos initially refuses to be concerned, but soon understands the situation is severe. Tommy informs them that they must locate Owen. Owen awakens with the rest of the undocumented in a barn. They initially refuse to tell him anything. He expresses his willingness to assist them. the episode finished with the same coyote, rifle in hand and prepares to assault everyone.